This year, Wainbridge Company has nominated two of its projects for the Urban Awards: SOHO+NOHO apartment complex in the nomination “Best Business Class Apartment Complex” and AQUATORIA Multifunctional Complex under the notion of the “Best integrated development project”, both projects reached the final part of the Urban Awards.

This year, the clubhouse SOHO+NOHO was recognized as the “Best Complex of Moscow Business Class Apartments”. 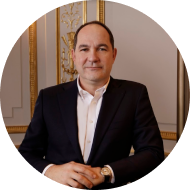 The victory of SOHO+NOHO in the XI Urban Awards is really fair and deserved as the project team made a great contribution with their valuable ideas, experience and quality into this project. Thanks to our integrated work with our partners from ANT Development and the general contractor ANTTEQ company, we have got as a result a high-quality and high-demanded product that has been repeatedly recognized and awarded by the professional community. This year it was awarded as the Best Complex of Business Class Apartments in Moscow. Last year as the Opening of the year.

During the Awards Presentation in Russia, the President of Wainbridge traditionally grandly presented the award to the winner in the nomination “Best Elite Complex”, and also awarded the winners in the nomination “Premiere of the Year”, passing the baton from SOHO+NOHO project, which was awarded in this nomination in 2018 year.

SOHO+NOHO Go to the project